From Zero to Xfinity

Comcast subscribers who use the rented modem get to take part in the festival of wifi — xfinitywifi. Comcast also blocks Samba which makes things hard because I would like to mount my remote development filesystem on my main Windows workstation.

If you are only interested in accessing Samba over Comcast internet, jump to Multi-WAN + Xfinity + Samba - Part 2/2.

Some adjacent tenants use Comcast and they participate in xfinitywifi.

I read Mike Solomon’s post on how he doubled his bandwidth with an OpenWRT multi-WAN setup and wanted to see if I could get a stable setup using two xfinitywifi networks.

I followed roughly the same steps as Mike and did some additional configuration to complete my multi-WAN setup and get Samba working with a Comcast internet connection.

If you haven’t read Mike’s post yet, follow up through his step 5 and come back for more multi-WAN action. After setting up our network for dual WAN with Mike’s instructions, we have the below setup:

(You probably need a dual band router to do this easily.) 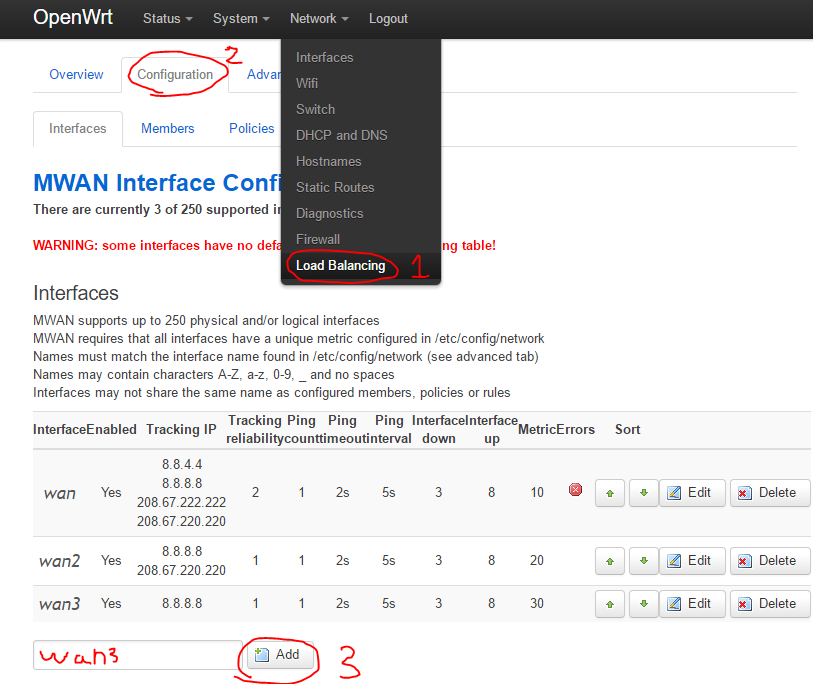 Create a two new members for the interface of wan3 called wan3_m2_w2 and wan3_m1_w2. Use metric of 2 and 1 respectively and weight of 2 for both members.

4. Include wan3 in MWAN policies.

Use the sort buttons to the right to move your desired policy to the top of the list.

Add the following to /etc/config/network. 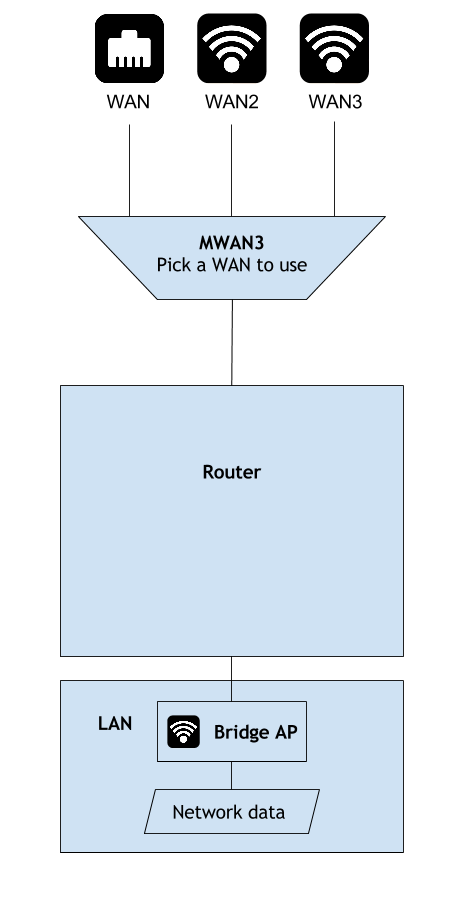 Each surrounding xfinitywifi network provides about 16mbps/2mbps. I tested my setup and can get 32mbps/4mbps, confirming that load balancing across two wireless networks is working as expected.

Read on to Multi-WAN + Xfinity + Samba - Part 2/2 to cover forbidden knowledge such as: