This unexpected behavior can be viewed in the iOS Messenger app on at least v213.0. I have not tested on Android but expect it be shown on the Android Messenger app as well. 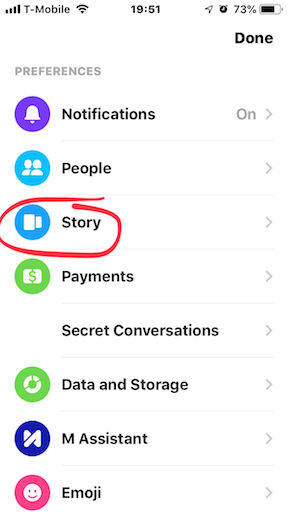 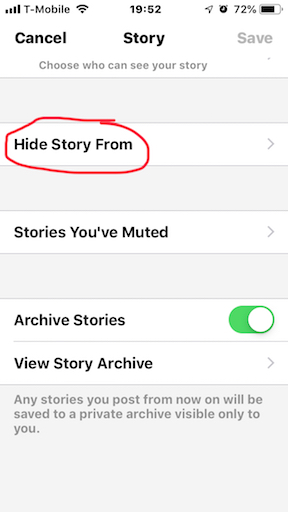 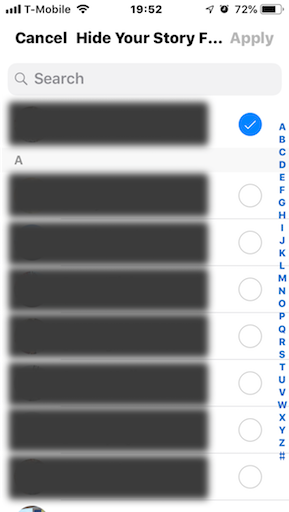 The expectation for Hide Story From is that you choose to hide a story from a profile by checking their name. If a profile unfriends you it doesn’t make logical sense for Facebook to automatically check that profile to have your story hidden from the profile on your end for a few reasons:

Unlike users keeping a copy of a past friend list and looking up the current friendship status of everyone, this bug requires no advance preparation or mass lookup of profiles either manually or through Graph API.

The bug seems to be an implementation error in Facebook Stories Hide Story From database that occurs when people unfriend each other. Below is a matrix of the correct and incorrect behavior:

The bug appears to affect unfriends between 2015-2018 until the Facebook Stories implementation was fixed. The actual implementation patch date is not public so the actual affected user count is unknown.

I reported this bug to Facebook’s Bug Bounty because it is possibly a identification/deanonymization issue depending on various situations that may lead to unfriending (social/emotional/etc) and the effects (bullying?/etc) of a previously assumed “silent” unfriend now being confirmed. While there is no technical action involved, the bug is more than just a user interface bug.

Facebook Security initially replied to my report as not valid. They wrote that this behavior “is actually just intended functionality”. I wrote an initial version of this post a month later and Facebook requested that the post be removed while they investigate the bug behavior further. Four months afterwards, Facebook Security emailed me that:

Facebook paid a $1000 bounty for the report that was transferred via Bugcrowd.