I recently bought a used 2007 Ford Escape Hybrid and installed a DIY audio AUX input in it.

Starting last month, the Escape dashboard began showing the right rear door as ajar at random times. Sometimes the door would be detected as ajar while driving or going over bumps. Opening and reclosing the door repeatedly sometimes made the ajar warning go away for a while but there was not real pattern to it. The the vehicle was still under the Autonation 60 day limited warranty so I brought it in for repair at the dealership.

The issue was diagnosed as right rear (RR) door lock actuator assembly (part #6L8Z7826412B) needing replacement. This part was on back order with no ETA so the dealer could not fix the problem.

Meanwhile, I kept driving the car to work and the right rear door was detected as ajar more frequently. The right rear door kept being detected ajar when the vehicle was in motion. Often the door sensor would flip between ajar and closed detections multiple times during a trip; leading to nonstop door ajar warning beepings. 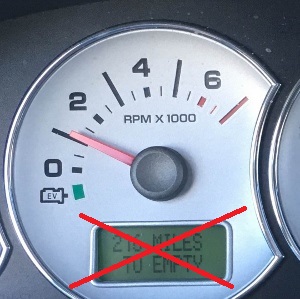 When a door is ajar, the Escape dashboard display refuses to show you any other information until the door is closed. For example, I would not be able to view the miles to empty estimate.

All the above was livable – until the Escape decided to intrude on life outside the car. The vehicle alarm would start honking at random times when the car was not being driven.

Initially I suspected that the vehicle had a faulty alarm system or the eBay sourced key fobs I reprogramed for the vehicle were activating the alarm.

Remember how the right rear door would randomly detect itself as ajar?

When the car is locked from the outside and the door came ‘ajar’, the vehicle’s perimeter alarm system, assuming the door was forced open by an intruder, would activate the vehicle’s horn every second for a few minutes or until I silenced it with the key fob.

I currently live in an apartment complex and frequently walking to my window to silence the alarm gave me exercise (but it was probably worse for neighbors…). Sourcing a replacement door lock actuator was not inexpensive. The OEM Dorman 937-641 Door Lock Actuator ran over $100 online and I was not able to find any alternative manufacturers.

The fix (slaying the b̶e̶a̶s̶t̶ alarm)

In the meantime I patched both the door ajar issue by modifying the door lock actuator cabling to have the door always detected as closed.

The door that you just modified will always be detected as closed. The related issue of the alarm going off because of a detected right rear door breach is also resolved by this patch.

Important: The perimeter alarm system no longer protects that door.