Article first published as Numbers behind Popular Near Me on Blogcritics.

What does an app need to get into the App Store Popular Near Me?

Apps Near Me — a new feature of the App Store in iOS 7 — shows you a collection of popular apps relevant to your current location.

Wherever you find yourself — the Louvre, for instance — tap Near Me and you’ll see a list of apps you might find useful.

Apple’s descriptions of Popular Near Me are vague and all very well as most users just want to know what the feature does. An Apple Support article about location services reveals more information with respect to the use of location services to determine popularity.

Your iPhone will periodically send locations of where you have purchased or used Apps in an anonymous and encrypted form to Apple to improve a crowd-sourced database that may be used to offer geographically-relevant Apps.

No criteria for selection for Popular Near Me is given other than “the apps are relevant to your current location” as Popular Near Me was probably not intended to be a space for developers to be able to market themselves into.

With the release of iOS 7, Apple updated its iTunes TOS to include under GENIUS FOR APPS AND POPULAR NEAR ME:

What we have so far as criteria for Popular Near Me:

Determining the criteria for such placement if we don’t have statistics is difficult. Next Meal, a campus menu application that I helped develop, appeared in Popular Near Me around 1/28/14 about two weeks after launch.
You can try it out if you want, but it’s not too interesting unless you’re at the United States Naval Academy.

So, there’s our base measurement. :)

#1 on Popular Near Me in Bancroft Hall

Release and Launch have unique definitions. Next Meal was released on the App Store on 12/31/13 but not announced and launched until 1/14/14. While the two weeks between release and launch are not perfect, there were ~ 30 downloads of the app between release and official launch, a small trickle of roughly 4 downloads per day. We will discount these downloads and analyze from the official launch day of 1/14.
Next Meal was released at noon on 1/14 . Over the course of that day, the app was downloaded ~880 times.

So there’s our statistics. :) 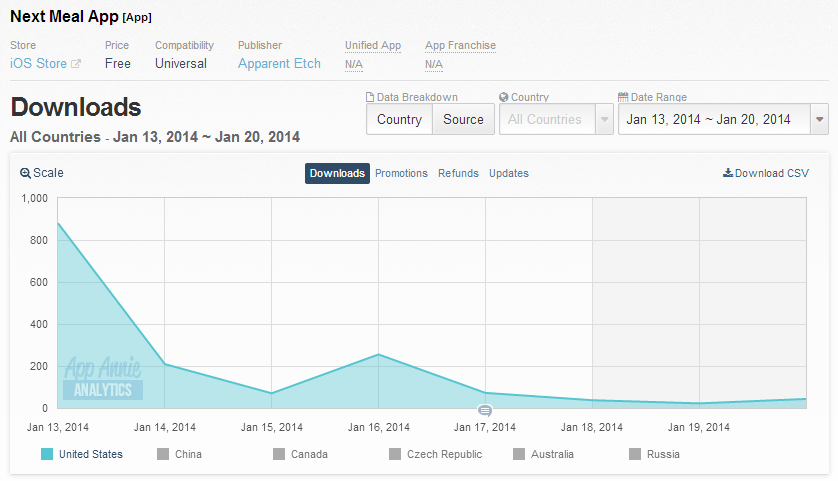 After the first day, the downloads trail off to ~100 downloads/day.

There is a slight uptick of 250 downloads on 1/16 due to a mention of the app by the USNA PAO on its site and its facebook. The 1/17 edition of The Trident, the academy newsletter, also included a link to the USNA PAO article.
The second week was uneventful with downloads decreasing daily. As of writing Next Meal gets < 10 downloads a day.

So what? **
**Next Meal got a bunch of downloads in the first week of release and evened out to the amount of downloads you would expect for a free app.
We can expect the downloads to quickly decrease because Next Meal is an app that displays the academy menu for students (midshipmen) and faculty. The student body, the user base, is composed of ~4000 midshipmen. Of these, I will make a guess that ~1500 are active iOS users – no empirical proof here.

When a user downloads Next Meal, we do not expect them to need to re-download it in the future. The user basically opens the app whenever they want to see the menu. After the first two weeks of launch, Next Meal is not being downloaded as much as it initially was. 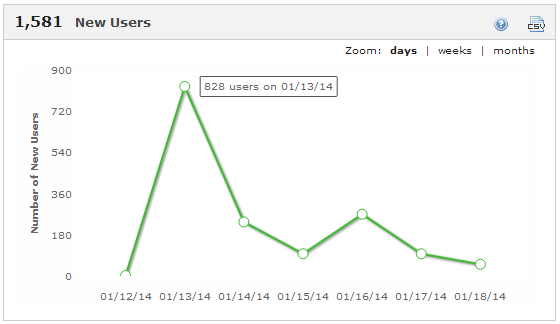 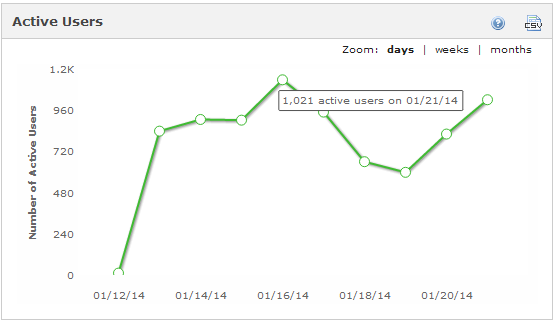 Here is an aggregate view of new users and active users from launch date until 1/29 when Next Meal was first seen on Popular Near Me.

New users statistics reflect the App Store data of < 10 new users a day and the amount of active users has experienced a drop to from ~1200/day to ~600/day. So it is certainly not the raw amount of downloads and users that gets Next Meal to #1 in Popular Near Me.

Of the criteria Apple has officially noted we have covered:

Hm, what other factors has Apple publicly mentioned – how about the updated TOS from earlier? The legalese touches on:

Aha! Apple is measuring actual engagement with a product to gauge relevance to a geographic area. Coincidentally, Flurry also tracks session length of Next Meal so we can analyze the TOS revealed factors 1 and 2.
Tracking user behavior is also applicable to the criteria of “App usage location”. 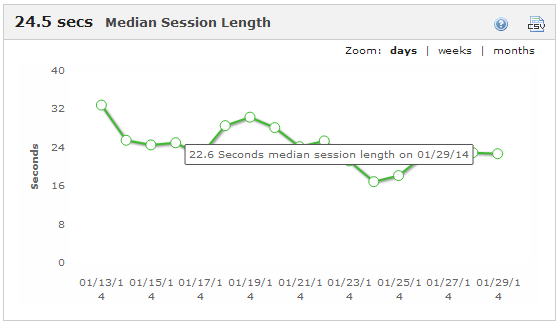 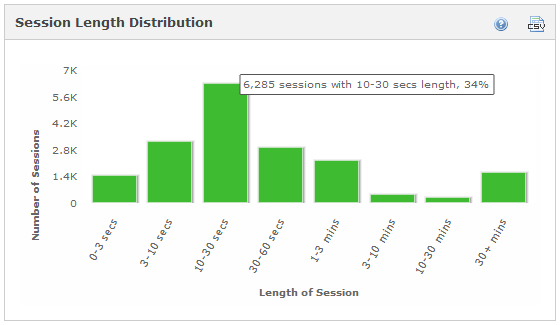 Between 1/14 and 1/29, median session length is 24.5 seconds with ~820 average users. We can determine total median usage time by summing median time and app launches per user.

of app time per day by all users.

There is a high probability that Apple’s Popular Near Me is heavily based upon engagement numbers especially usage time and app launches.

There are three meals a day  at the academy so we can reasonably expect users to use Next Meal at least three times a day. Flurry reports 61,635 sessions during this time period which makes sense.

Annapolis users spending 6.6 hours a day aggregate using Next Meal is significantly greater than aggregate time of users in another location using Next Meal.  This difference Indicates a particular relevance of the app for users in the Annapolis Area. Aggregate usage time for Flappy Bird, an immensely popular, but short lived game during this time period was likely higher than Next Meal by scale of > 10. However, the total time spent by Midshipmen and Annapolis users playing Flappy Bird was probably comparable to usage metrics in other areas. Thus Flappy Bird did not make the Popular Near Me for Annapolis.

Businesses cannot just hire wardriving-esque app downloading team to roam target areas to place an app in Popular Near Me, but they could possibly increase the median app usage time for a geographic location by repeatedly launching and running an app on multiple devices in close proximity. It may even be possible to fake the location by using a third party tool available by jailbreak, etc. Automating this process would be interesting.

By downloading apps that are already popular to an area of interest, the introduction of a new “relevant” app by devices that are already using locally relevant apps, may be able to affect the factor of Popular apps relevant to a location and Customers’ App Store Product download history.

I have only covered officially acknowledged criteria up to this point. There are probably tens of factors used to determine geographic relevancy of an app that are crunched behind the scenes. Thanks to App Annie and Flurry for the statistics for this post.

Given what we have seen, is Popular Near Me gameable by developers and marketers?
Probably not in the long run. While it might be possible to artificially inflate an app’s ranking in Popular Near Me, maintaining that position for extended periods of time would take constant effort that would not justify any gains.