As you’ve gone to the polls to vote today, your voting station may have an electronic voting machine.

Going off of an article and video from earlier this morning.

So now everything needs to have a touchscreen, huh? 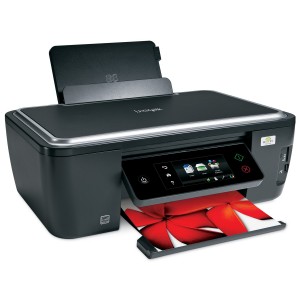 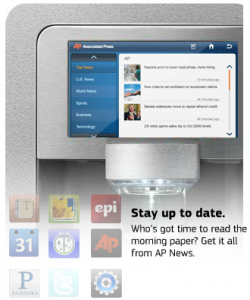 Even appliances and personal printers are getting touchscreens as bad as the screens may be. Most of these screens are pressure activated and have a plastic covering.

If a something is going to have a touch screen, that touch screen had better be good. I’m talking consumer tablet quality. You’ve never had to calibrate an iPad, have you? I don’t think that there is a way for customers to do that.

When a pressure activated touch screen is pressed, it’s actually the finger pressing on the plastic, that’s then bending and pressing the sensors. Plastic can bend in irregular ways and trigger buttons that shouldn’t be pressed. Lets say you click submit on an online form. The plastic bends and selects another option on the form before processing submit.

Touchscreen devices leave no trace of these problems. It’s difficult to prove that something like that happened because that computer just processes whatever input it gets. It might not be possible to recreate a specific touch scenario. It’s like throwing darts at a board and 99% of them hit the target.

Well for the 1% that didn’t, why didn’t they? Parallels to touch screen voting machines are drawn in parentheses.

– Someone moved the darts. (Bug in the software)

All of these events are undetectable. There is no way to zero in on one of these possible events.

A solution would be to put physical buttons next to the candidate choices displayed on screen. This reduces the chance of a misclick or bad touch. Buttons are buttons, they are pushed down and triggered. Less software involvement and one less avenue for tampering.

Solution? A simple, non-touch sensitive display paired with a column of buttons to the side. Much cheaper and reliable than flashy, expensive touch screens. If a button somehow selects the wrong choice and retries to change selection fail, it’s obvious what’s the issue. The button or the software. You can rule out the user and other environmental variables that go along with touch screens.

Users would just press the button next to the desired choice. Similar to a button operated ATM or Subway train ticket dispenser.

On another point, this big rush to “touch screen this, wifi that” devices is pointless. A refrigerator and personal printer with touchscreens?

If touchscreen isn’t doing functions that a few well placed buttons can do, there is no need for a touchscreen. Sure it sounds cool and makes the initial setup easier, but the day to day functions of most devices can be administered by a few self explanatory buttons. Printers don’t need apps, okay, apps on a printer are just another distraction. Instead of beefing up a printer with a marginally faster CPU and adding unnecessary parts to it for functions to never be used by 99% of its final users, the money and resources can go into a device that actually would go well with apps. Televisions would be good with apps — if those apps were actually good. Currently, most television app interfaces are clunky, slow, and limited. There is no central ecosystem for developers to create apps for televisions. One way to address this void would be for manufacturers agree on standard platform for development of apps. In the event that this unlikely event did occur, the television app market would suffer from a sort of fragmentation found in the Android market across different devices. 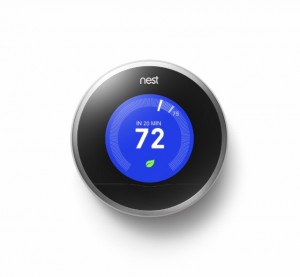 NEST, the internet controllable thermostat, made the right design decision with no touch screen. Users may need to turn the thermostat knob a few times and setup the NEST indirectly through their devices.

*Oh my gosh, no direct input on the NEST itself? *

The thing is, it’s OKAY to make users think a little when setting up the thermostat and printer.

Yes, the user might not be comfortable indirectly setting up their device remotely from a computer now that they have been trained to expect everything to have a little screen directly on the device to guide them. The user may not find pressing buttons on a generic thermostat to set it up to be fun, but hey, when are they going to have to set it up again? They just want to move to the setpoint up and down every few months and view the temperature. 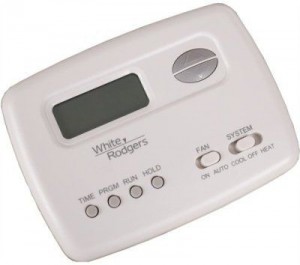 This notion that we should all configure device directly on the devices themselves is dumbing down this generation of customers.

We can compare direct and indirect management of a device to using a web based control panel to manage a web host or the command line from another machine. 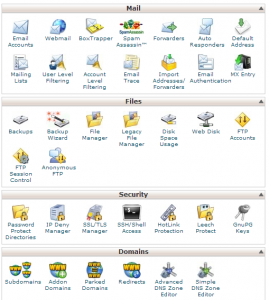 cPanel is a good web interface, that is nice and all. But that’s not the point here. The public and users are being alienated from the basics of setting up things using mental maps. We now have this aversion towards thinking behind the scenes, visualizing what’s going on behind the screen, figuring out what the buttons do.

We want our information and we want it now (on the touch screen, of course)!

I would say that is current mantra of consumers in the recent years.

To provide more examples, consider the attitude towards a watch. 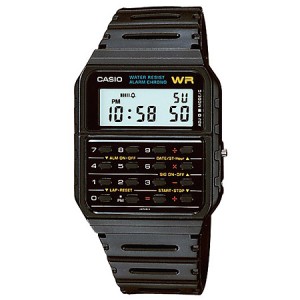 In 1990: Cool, I get to use all these cool features, let’s dig into the manual!
In 2012: What a hassle, I need to memorize what all these buttons do. Why can’t there be a touch screen that has the option I want to change on it? Why doesn’t this have apps?

Well what can we do about this?
We can stop adding to the hype of touchscreen devices and only add touchscreens to devices need touch screens. If you do add a touch screen, make the screen durable and make the interface well. 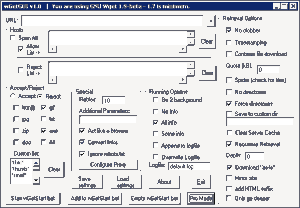 We have all seen our fair share of poorly designed interfaces and the touch aspect makes them worse. With prices for touch screens dropping by the week, remember that touch screens are not the magic coating that will make a product better on their own. Both physical and software must be well thought out and implemented.

Will a touch screen gets job done faster and more efficiently?
Or will someone who takes a minute to read a manual be able to do the same with some buttons?